This is the CYWW site from Winter 2021

Native American cultural appropriation is often discussed in terms of non-Native individuals wearing headdresses, fake buckskin, and mass produced moccasins on Halloween or at music festivals as well as the offensiveness of sports teams going by the name “Redskins”, “Braves”, “Warriors” etc. These are important issues, and what is not always discussed is the economic profit made from these goods and names; all while many Native Americans across the United States struggle to meet basic needs.

“...the concept of cultural appropriation has been developed in the field of intellectual property to refer to the processes by which dominant groups, take and often profit from, the artistic, musical, and knowledge productions of subordinate groups.” — Professor Engle Merry, Wellesley College (Gonzales) 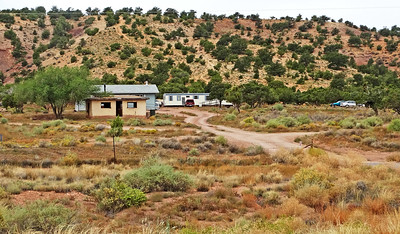 Native American cultural appropriation is nothing new. In the late 1700s, White fraternal societies that appropriated Indian dress and cultural hierarchies had formed under names like the “Society of Red Men” and the “Improved Order of Red Men”. This trend is made famous in American history by the Boston Tea Party in 1773, when Samuel Adams and other protestors dressed as Mohawks (Riley, Carpenter). 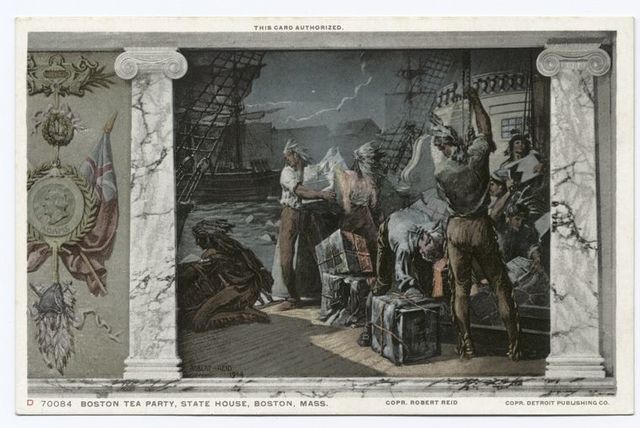 While team owners, colleges, universities, and school districts have often claimed that their sports team names “honor” Native Americans, origins of the term “Redskin” can be found in the nineteenth century, when it was widely used to describe the so-called “red” skins of Natives that various governments offered and paid bounties for (Riley, Carpenter).

The State reward for dead Indians has been increased to $200 for every red-skin sent to Purgatory. This sum is more than the dead bodies of all the Indians east of the Red River are worth.  — Winona Daily Republican, Sept. 25, 1863

For decades in American history, eradication of Native American culture (not appropriation, let alone appreciation) was the primary objective. The strategy for this was the creation of Indian boarding schools, often built long distances from the reservations. Native American parents were often pressured to give up their children under threat of military violence, imprisonment, or being denied food rations. Once there, children were stripped of all their Native dress and had their hair cut. They were forbidden from speaking their own languages or practicing their religions, and punishments were severe. They were taught every day that their way of life was "silly, backward—evil" (Desmond, Emirbayer).

Kill the Indian in him, and save the man. — Capt. Richard H. Pratt, founder of Carlisle Indian School (1879), on the Education of Native Americans 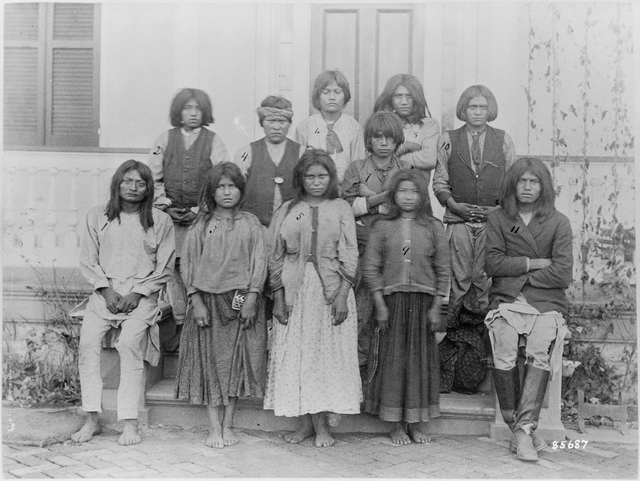 Cultural appropriation of Native Americans is exercised by many people and in many ways.The exploitation of Native American culture using their cultural attire as costumes especially on Halloween is very prevalent. In 2013 at California Polytechnic State University, a fraternity hosted a party they called “Colonial Bros and Nava-Hos.” Partygoers found men dressed in Colonial-era costumes and women in revealing Native American-themed costumes (Desmond & Emirbayer, Race in America). 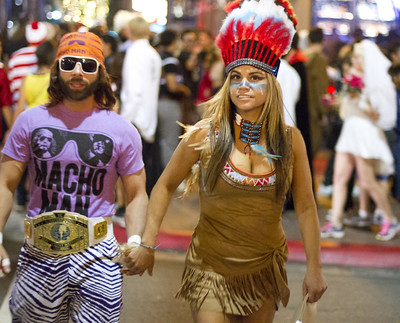 Another, very publicly talked about, example is the use of Native American slurs and names for sports teams and mascots of schools. One example is the NFL team the “Redskins” which was changed in 2020 after much backlash. But there remains to be numerous schools and sports teams with Indian mascots. 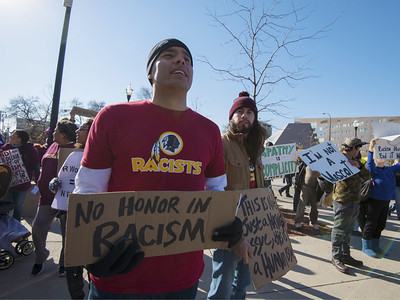 Protest against Washington football team name, by Fibonacci Blue, licensed under CC BY 2.0 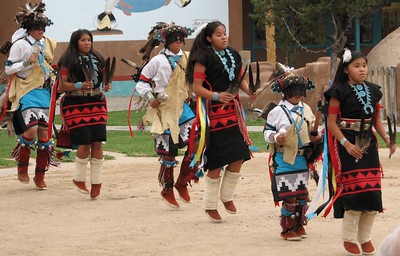 Native American’s and their culture continue to be exploited. The law in America does not protect them from this exploitation. Riley and Carpenter (2016) state, “as scholars have noted, indigenous expressions, symbols, and ideas often constitute collective, intergenerational, religious, and spiritual properties which, by their nature, exclude them from protection under prevailing intellectual property laws” (p.7). 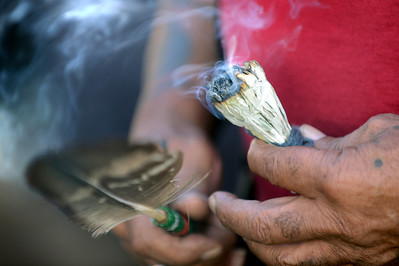 The appropriation of ancestral lands and forced migrations to areas that were frequently less fertile between 1830 and 1890 set the stage for depressed economic conditions on reservations and for Native Americans in general (Desmond, Emirbayer). 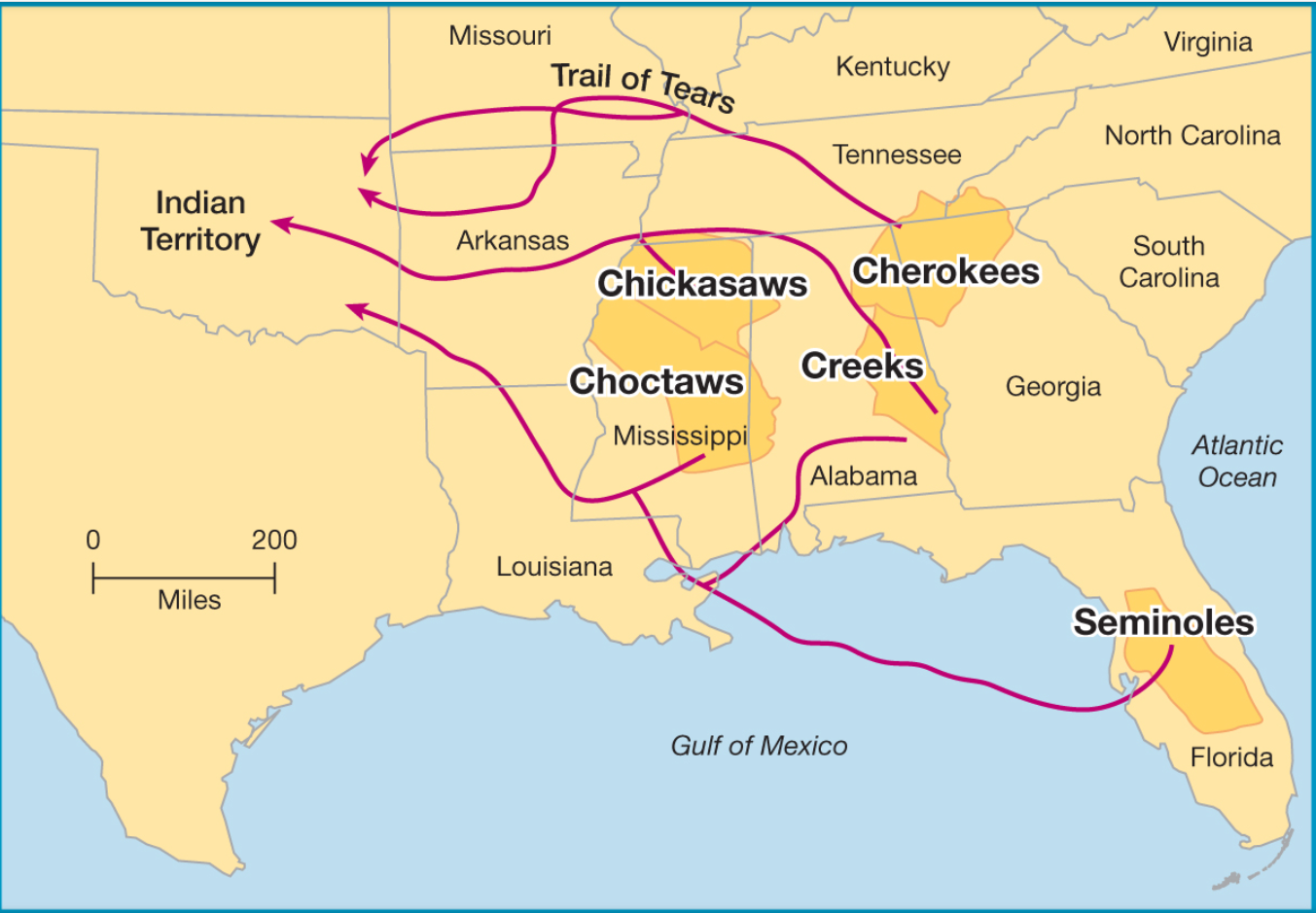 Removal of the Southeastern Tribes, by Desmond & Emirbayer (Race in America)

Today, their median household income is only about two thirds of the national average, and their poverty rate almost double the national average. Contrary to common misconceptions, Indian casinos actually only benefit a small number of the Native population – the top 13 percent of them account for 60 percent of overall revenue – only those with prime locations do well; the rest in rural areas bring in only mediocre profits (Desmond, Emirbayer)

Extreme rural poverty has resulted in many tribes and reservations making a devil’s bargain – allowing radioactive dumpsites, incinerators, erosive mining operations, and other dangerous and polluting infrastructure to be built on their lands in exchange for funds to support their communities. Unfortunately, this has created some of the worst air and water pollution in the country on reservations, resulting in higher rates of cancer, lung disease, early death, premature births, and birth defects (Desmond, Emirbayer). 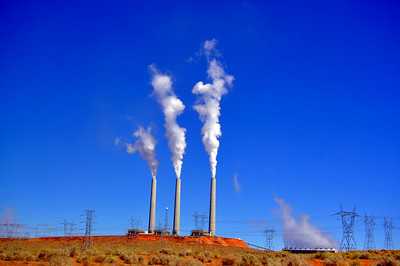 Navajo Generating Station, by Matthew Dillon, licensed under CC BY 2.0

From the beginning of the colonization of America, Indians have had their culture stolen from them and used against them. All Native tribes were put into one group, called Indians, and from then on, they were categorized as less than Whites. Still today, Native American tribes are controlled by the government and their land and culture is being stolen from them. They are losing their culture and their oppression is going unrecognized and/or dismissed. Due to the appropriation of Native American culture, Natives face economic exploitation. When appropriators refuse to give credit to and try to take an art form or other important part of the Indian culture as their own, they are hindering them from making an economic profit on their own work. The perpetrators can take things that weren’t originally theirs and make them seem that they are their own, stealing not only the Natives culture but also their resources and money. When this happens, Natives are often not protected by intellectual property laws even if the appropriation is seen as distortion, theft, offense or misrepresentation. That leads to the issue of inequality. The laws that are meant to protect people’s creations and property are failing to protect Native Americans.

Instead of buying mass produced, cheaply made products that appropriate Native American art and culture, here are some lists of shops that provide a wide variety of Native-made goods:

PowWows.com - Our Favorite Places to Shop For Native Products

While the Washington Redskins name has been officially retired, it and other 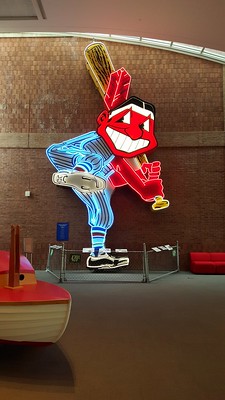 related names are still in use by sports teams across the United States.

Petitions already exist to change some of these:

What Do You Think?

Florida State University (FSU) has been commemorated and recognized by the Seminole Tribe of Florida. According to FSU, The Florida Seminole Tribe Council presented the University with a public declaration of support stating that they support the use of the Seminole name, as well as their logos and images. FSU continues to collaborate with the tribe. For example, they include the tribal members in events, they seek confirmation from the Seminole Tribe that the imagery is authentic, and they worked with them to create a course for the students called “History of the Seminoles and Southeastern Tribes.” The university states that they continue to show appreciation and respect for the Seminole Tribe expressing equali

ty and inclusion of the indigenous people, who they get their name from, “The Seminoles”. Despite this, there is still some question whether this is still in fact cultural appropriation. Fans attend games wearing feathers in their hair and tribal paint on their faces and they partake in Indigenous war chants. Yet there are no protests? Dave Zirin wrote an article in The Nation asking this same question. He recognizes that the majority of the Seminoles don’t live in Florida but in fact in Oklahoma. Therefore, the Florida Seminole Tribe Council’s declaration of support to FSU was not inclusive of the majority of the tribe’s opinions about the use of the Seminole’s name, imagery and logos as a school symbol. So, then the question is, should FSU continue to be allowed to use the sacred culture of the Seminole Tribe or is this in fact racism not any different from the use of a racial slur as a mascot (ie Redskins)?

Chief Osceola and Renegade, mascot for Florida State University, by Christopher Holder, licensed under CC BY 2.0